Click here or here for recent sightings in Cornwall

Since mid-December at least there has been a Dipper showing on and off near the bridge across the River Cober at Lidl in Helston. I’d manage to miss it on several occasions (there’s a pun in there I’m sure), but after a head’s up from Stevie V, that existing photos showed a remarkably dark breast / belly, I had a good look for it today and saw it.

Anyway – I thought I’d jot down a few thoughts on both it and on what I know about dippers, mostly gathered from a bit of internet browsing. One thing that definitely works against this being black-bellied, is that the Cober has fairly regularly held breeding dippers, which one would expect to be gularis. That said, it's on its own and I'd expect them to be paired up by now.

The Helston bird
The photos below don't give much away and better ones exist, but I was able to get prolonged views, albeit in shade. To me it lacked any chestnut / rufous tones I’d expect to see on a gularis and it looked pretty good for a cinclus. The best photos, in good light, suggest it is pretty chocolate brown without a hint of chestnut / rufous to my eye. There is one shot, which suggests there is a hint of rufous, just below the throat, but I think that’s because of light distortion due to it being a back of camera shot. I haven’t got permission to post these. I am not calling it either way at the moment, but I’d say it’s worth a visit if your passing. It seems to hang around the bridge across the road near Lidl early afternoons, though I saw it just upstream from there. 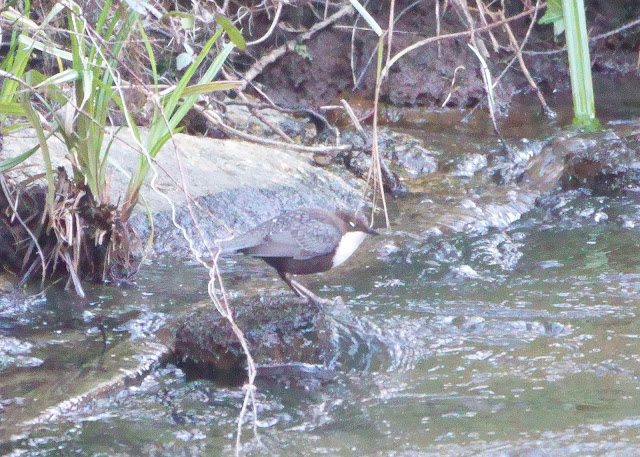 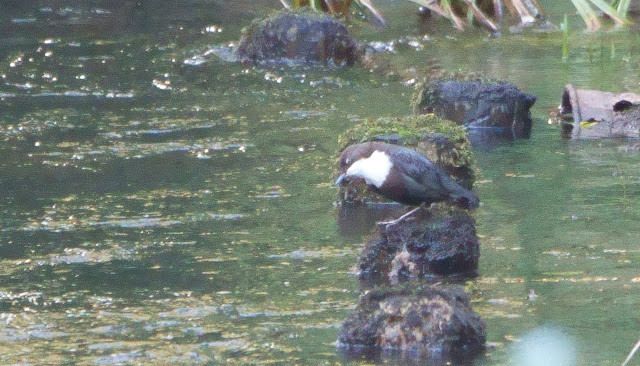 For those less familiar with Dipper taxonomy and ID, here’s a bit of blurb

Taxonomy in Europe
In Europe there’s four recognised races.  C. c. gularis which occurs in England, Wales and south-eastern Scotland, C. c. hibernicus found in Ireland and western Scotland, C. c. aquaticus found in Central and south-eastern Europe, and parts of Spain, particularly in the south and the nominate cinclus (Black-bellied Dipper) found in Fenno-Scandia, Corsica and Sardinia and in Spain and northern Portugal, where it seems to occur sympatrically with aquaticus though it is more common in the north and occasional individual birds seem to apparently switch from one to the other!

This paper, which didn’t look at ones in the UK, suggests birds in Spain are all part of western European lineage, which also includes birds form Italy, France, Switzerland, Belgium and Germany. Towards the east of this range there is a large contact zone with a separate group from Eastern Europe including Bulgarian and Romanian populations as well as some birds from Hungary, Czech Republic, Germany and Luxembourg. The Fenno-Scandian cinclus seem to be pretty distinct from both groups. This paper looked at the British gularis too, and found evidence of divergence from other subspecies, though that from hibernicus is weak, and hibernicus couldn’t really be separated from cinclus and aquaticus. It’s probably just the case aquaticus should be split into an eastern and a western group and that hibernicus is part of that western group along with apparent cinclus in Iberia and France.

Appearance
It seems to be the colour of the breast just below the white bib that matters. Birds from Fenno-Scandia – i.e. Black-bellied Dippers cinclus seem to have pretty dark-looking chocolate brown or black breasts below the white throat, (almost?) always lacking in any rufous chestnut tones. It look pretty black in poor light but in good light it’s pretty obvious it has a dark chocolate brown upper breast and contrasts with the lower breast and belly, and particularly the sootier flanks. See e.g. here, here and here.

C. c. aquaticus usually shows a very obvious chestnut-toned band in the upper breast, pretty similar to gularis, except potentially broader. Here’s a classic bird. Some look stonkingly bright, though I suspect photo artifacts come into play. This seems to be true of both eastern and western birds though the apparent cinclus type birds in Spain are a bit of a puzzle.

C. c. gularis looks pretty similar to aquaticus, though it has been suggested the chestnut band is narrower. Almost all show a pretty obvious chestnut-toned band. See here, here and here. It can be a bit trickier to see the tones in poor light, and it is possible to find photos of birds that seem to lack this. E.g. this one, photographed at Hardcaste Crags in West Yorkshire in October 2019, which to me looks a lot like a cinclus, but the same bird here seems a wee bit more rufous.  I.e. it evidently isn't straightforward and I wouldn’t really like to call that one. It seems almost a good a candidate for one as the Thetford black-bellied. Not a lot to choose between those two anyway and it is certainly questionable whether they can be identified on appearance if the latter is and the former isn't. Either way it's noteworthy that having tried to dig-out real a cinclus looking gularis, hey presto, a genuine cinclus is reported about 10 miles downstream a few months later!

I've seen the occasional dipper in eastern Scotland, and there are quite a few photos that seem to back this up, that seem to lack rufous tones (e.g. this one). I do wonder if that’s because hibernicus comes into play here. C. c. hibernicus seems to have pretty intermediate features. A look through photos from Ireland shows some birds with classic chestnut / rufous tones, and some with more classic dark chocolate tones 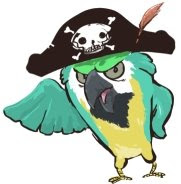 Ilya Maclean
A Scotsman, formally exciled in Norfolk, I now reside in Cornwall. Having recently escaped from the clutches of a well-known ornithological charity, I'm now free to call a scopac-wearing chump a chimp if I want to (even though I'm tempted to get one) and mouth-off as I wish. Join me as I leave the pagering masses behind and set out to attempt to penetrate the secret world of the Cornish birding scene.